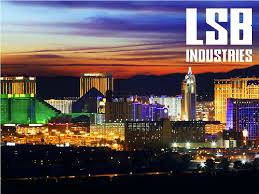 Oklahoma City-based LSB Industries, Inc. announced its ammonia plant in Pryor, Oklahoma is back in service after the turnaround of a startup took nearly 15 days longer than expected. It also estimated the down time of the Pryor plant and another in Arkansas could mean a nearly $9 million loss for the company.

The company said as part of the extensive turnaround at the Pryor operation, a new urea reactor was installed and is being brought online and undergoing adjustments.

Additionally, the ammonia plant at the Company’s El Dorado, Arkansas facility resumed production on November 19, 2019 after being taken out of service on November 3, 2019 in order to make adjustments that improved the production volume of its ammonia plant.

Management estimates that the additional downtime at both Pryor and El Dorado will have an impact of approximately $8.0 million – $9.0 million on adjusted EBITDA(1) for the fourth quarter of 2019 as compared to the outlook that management discussed as part of its third quarter earnings announcement.

Mark Behrman, LSB’s President and CEO, stated, “We are pleased to have completed our work and resumed production at Pryor, following the most extensive turnaround at the facility in our history of operating it. At El Dorado, we took advantage of the low ammonia price environment to fine tune the plant in order to achieve better performance headed into 2020.”

Behrman said upgrades to both plans till mean improved reliability and production volume.