Resignation by board member at Mammoth Energy

The energy industry the day JFK was assassinated 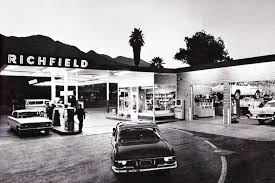 It was 56  years ago Friday when President John F. Kennedy was assassinated while riding in a motorcade in downtown Dallas.

What was the energy industry like in those days?  A gallon of gas cost only 30 cents. Sounds cheap doesn’t it. But analysts say it’s not as cheap as it sounds when you factor in the average was about $4,400 a year or $84 a week.

Yes, but you got full service back in 1963.  Those were the days a “gas jockey” ran out after you entered the gas station and ran over the air hose that dinged and alerted him a customer was at hand. Usually with a rag in his hip pocket and a smile on his face, he pumped your gas, cleaned your windshield and maybe even checked your engine oil.