Coal miners to lose their jobs 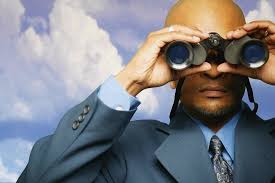 Investors in Oklahoma City’s Chesapeake Energy will be paying close attention to this week’s trading in the company as prices leveled off Friday and closed at 70 cents a share.

After the company’s earnings report was released last week in which leadership suggested the future of the company was weak, shares dropped three of the five days of trading.

Prices are at their lowest level in 20 years. Shares traded at 81 cents on Monday with a volume of 82.2 million shares and prices were down 10.26 percent.

But Thursday’s trading brought another down day as prices closed at 69 cents a share, a drop of nearly 2% and volume was at 90 million shares.

On Friday, Chesapeake’s prices rose to 70 cents, an increase of 1.51% and volume had slipped to 76 million shares.

Trading plummeted when Chesapeake, once a $37.5 billion company and leader in shale-gas production, warned it might not be able to withstand low fuel prices. That caused prices of its shares and bonds to tumble when leadership cited a “going concern” about the abilities of the company to survive with its current standing.