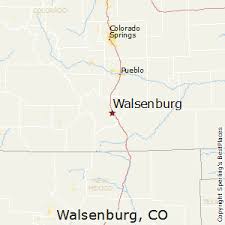 Black Hills Energy expects its recently completed 60-megawatt wind farm near Walsenburg in southern Colorado to start operating by the end of the year.

Officials from the utility recently joined Pueblo County and city officials to mark completion of construction of the Busch Ranch II wind project, according to the Denver Post.

Black Hills Energy, which hosted a ribbon-cutting ceremony Nov. 7, said in a statement that the project will generate enough electricity to power about 28,000 homes in southern Colorado annually.

The components of the 27 Vestas wind turbines were built in the company’s Colorado factories. The turbine tower sections were manufactured at the Vestas plant in Pueblo, which the company has said is the largest wind-turbine tower factory in the world.

Black Hills Energy said the new wind farm and two others near Walsenburg, Busch Ranch and Peak View, will produce a combined 150 megawatts of electricity.

“All of us at Black Hills Energy are fully supportive of efforts to add more clean, renewable energy in southern Colorado and across our electric utility service territories,” said Linn Evans, president and CEO of Black Hills Corp.
Source:  Denver Post