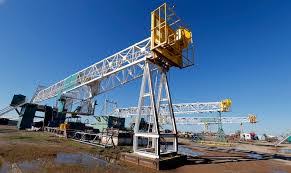 Rig counts are down in nearly every oil and gas play in the U.S. as numbers dropped by five nationally to 817 in the past week. The number of oil rigs dropped by 7 to 684 while the number of gas rigs remained at 130.

The total number of rigs is down 264 since a year ago when the U.S. had 1,081 according to figures released by Baker Hughes.

Oklahoma’s count remained at 51 as activity has slowed dramatically compared to the 148 rigs reported one year ago this week.

The count in Texas dropped by three to 413 compared to the 532 a year ago. Colorado remained at 24, down ten from a year ago. Louisiana’s count stayed at 56, down nine from last year. New Mexico has 104 active rigs, a decline of four in the past week and two fewer than a year ago.

North Dakota has 51 active rigs, one less than last week and four less than this time in 2018. Wyoming’s count of 32 remained unchanged.

The count in Kansas dropped by one to 28 and was 20 less than a year ago according to the Independent Oil and Gas Service in Wichita, Kansas.

Of the oil plays the Granite Wash in western Oklahoma and the Texas Panhandle has no active rigs, same as a week ago. A year ago, the GW had 15 rigs seeking new energy.

The Mississippian has two active rigs, down from the 7 reported a year ago. The Permian Basin saw a drop of four rigs to 412, down from the 492 last year.

The Williston in North Dakota saw its count drop by one to 52, below the 57 reported last year at this time. The Eagle Ford’s count of 60 is three down from a week ago and 16 fewer than a year ago. The D-J Basin in Colorado remained at 22 but is 7 fewer than last year.

The Ardmore Woodford in Oklahoma has one active rig this week compared to three a year ago. The Arkoma Woodford’s count is at three, unchanged from last week and down four from last year.