The energy industry the day JFK was assassinated

Resignation by board member at Mammoth Energy 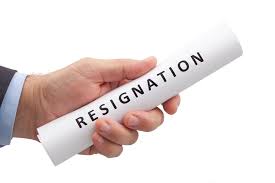 Mammoth Energy board member Paul K. Heerwagen IV resigned this week, according to a Securities and Exchange Commission filing made by the Oklahoma City-based company.

His resignation was made immediately in a letter dated November 18, 2019. The filing indicated the unvested restricted stock units granted under the Company’s 2016 Equity Incentive Plan to him were forfeited. No reason was given for Heerwagen’s resignation.

“The Board determined that Mr. Yellen qualifies as an independent director under The Nasdaq Stock Market rules and the applicable rules and regulations of the Securities and Exchange Commission (the “SEC”) for purposes of serving on the Board and its audit committee, compensation committee and nominating and corporate governance committee,” stated the SEC filing. 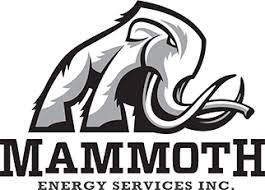 The 52-year old Yellen is founder of Greyhart Capital LLC which is described as a “niche private equity firm that invests in entrepreneurship through acquisition, primarily through search funds.”
Prior to the founding of Greyhart in August 2019, Yellen was a private investor. From 2006 to 2017, he was the Executive Vice President, General Counsel and Secretary of FelCor Lodging Trust Incorporated, a real estate investment trust.
The SEC filing further stated:
” Prior to joining FelCor, Mr. Yellen was engaged in the private practice of law with Latham & Watkins LLP, Fried Frank Harris Shriver & Jacobson LLP and Damon Morey LLP (now Barclay Damon LLP), specializing in mergers and acquisitions, corporate finance and securities law, and also served as Executive Vice President and General Counsel of Digital Lighthouse Corporation and Vice President and Associate General Counsel of Starwood Hotels & Resorts Worldwide, Inc. From 2006 to 2011, Mr. Yellen served on the Board (and chaired the audit committee) of Avadyne Health, a provider of health care receivable management services to hospitals and other providers. Mr. Yellen has a long history of extensive community service, including serving as a director of Vogel Alcove, Inc. Buffalo Prep, Dallas Hebrew Free Loan Association and Jewish Family Service of Dallas. Mr. Yellen is a member of the California bar and a graduate of Amherst College, Columbia University School of Law (where he was a Harlan Fiske Stone Scholar) and Georgetown University Law Center.
Mr. Yellen was designated as a potential director by Gulfport Energy Corporation (“Gulfport”) pursuant to the terms of the Investor Rights Agreement that the Company entered into with Gulfport on October 12, 2016, in connection with the Company’s initial public offering. In connection with Mr. Yellen’s appointment to the Board and its committees, Mr. Yellen is entitled to receive the cash compensation and equity awards generally given to the Company’s non-employee directors for their services on the Board and its committees as disclosed in the Company’s Definitive Proxy Statement on Schedule 14A, filed by the Company with the SEC on April 26, 2019, which description is incorporated herein by reference.”