No slowing down of Houston firm’s exploration in the STACK

Pentagon might have solution to toxic chemical pollution at military bases 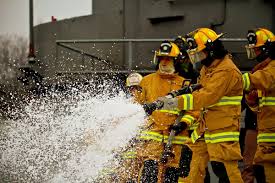 While most military bases in the U.S. are reporting contaminated ground water, usually from fire-fighting foam, the Pentagon has a plan to address the cancer-linked chemicals.

A group of civilian researchers is exploring a high-tech solution according to a report in Military Times.

The Enhanced Contact Plasma Reactor made its debut in September at Wright-Patterson Air Force Base, Ohio, according to a Tuesday release from the Air Force, in a field demonstration of its ability to break down per- and polyfluoroalkyl substance.

Click here to read entire story in the Military Times.