Get ready for record holiday travel 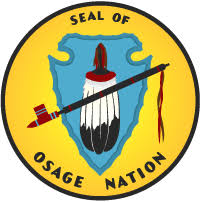 With a shutdown of oil and gas drilling in Oklahoma’s Osage County, it means less revenue for the county. And it continues to disturb leaders of the Osage tribe who control the minerals in the northeast county.

This week in Tulsa, the 18th annual Osage Oil and Gas Summit will focus on the actions of the Bureau of Indian Affairs that have resulted in a dramatic drop in drilling activity. The Osage Minerals Council and the Oklahoma Producers Association are sponsoring the Summit at the Tulsa Osage Casino and Hotel on Thursday and Friday.

Tara Sweeney, Assistant Secretary of Indian Affairs for the Department of the Interior will speak at 11:15 a.m. on Thursday. 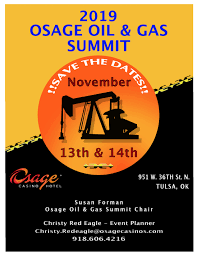 A producer roundtable/panel will follow her speech in which members will discuss what the tribe calls “economic devastation caused by BIA and Fish and Wildlife decisions over the last several years.” The tribe contends the actions have cost the Osage Headright Owners, Osage Producers and the economies of Oklahoma and Osage County hundreds of millions of dollars since July 2014. That’s the date the BIA shut down drilling in the county.

“On average, prior to July 2014, 200+ wells were drilled per year in Osage County.  Less than 100 wells have been drilled since 2014 causing our daily oil and gas production to plummet, producers to leave the county for friendlier environs and local businesses to fail.  According to the attached report, Osage Co. had 14,500 active wells in 2014.  Today it is approximately 12,000,” stated tribal officials in announcing the Summit.

In 2014, the Office of Inspector General of the BIA issued a critical report “BIA Needs Sweeping Changes to Manage The Osage Nations Energy Resources.”

“This is a story that needs to be told,” said Susan Forman, chairman of the 2019 Oil and Gas Summit in an email to OK Energy Today.

The IG also made 33 recommendations to improve the Agency’s management of its oil and gas program. It stated that five had been resolved but 27 others were not implemented.

The Oil and Gas Summit has been an advertiser in recent weeks on the OK Energy Today newsletter.