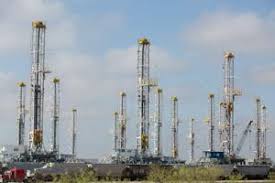 Oklahoma managed to maintain its oil and gas rig count in the past week while the nation’s count dropped again. But more and more rigs are being put into storage as the nation’s oil and gas slowdown continues.

The number of rigs in Oklahoma was 52 according to figures released by Baker Hughes Co. A year ago, there were 144 active rigs in the state.

Nationally, the count slipped by three to 803 compared to the 1,079 rigs reported a year ago. The number of oil rigs declined by three in the past week to 671 while the number of gas rigs remained at 129.

Texas saw a decline of two to 406 active rigs while Colorado’s count grew by one to reach 24. The Red Top Rig Report published by the Independent Oil and Gas Service in Kansas reported the state saw a growth of four to reach 34 active rigs.

At least two oil plays in Oklahoma remain without rigs this week. The Ardmore Woodford has no active rigs, a continuation from a week ago. The Granite Wash, which stretches into the Texas Panhandle also has no drilling activity.

The D-J Basin in Colorado added a rig to reach 22. The Eagle Ford in South Texas remained unchanged at 60. The Mississippian in northern Oklahoma and southern Kansas has only three working rigs, unchanged from a week ago.

The Permian Basin’s count dropped by three to 405 while the Williston in North Dakota is unchanged at 51.