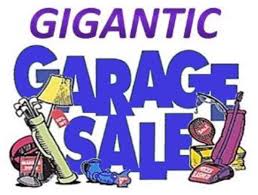 Add up what the Big Oil majors are trying to sell as they attempt to end the bleeding from low oil prices and it comes to $27 billion across the world. It’s almost like a gigantic garage sale.

Some of the unloading of assets is in New Mexico and West Texas.

BP is trying to sell assets in the San Juan Basin of northwestern New Mexico, a heavy natural gas production region. ConocoPhillips in Houston is busy attempting to sell its holdings in the Austin Chalk of Louisiana and wants less than $1 billion. But Marathon and EOG Resources are still operating in the area.

“While oil and gas majors increase their focus on core areas and divest mature assets and interests in geopolitically unstable regions, observers will be following closely to see how investors react and what other steps these energy giants will take to keep stakeholders interested amid rising climate concerns and geopolitical volatility,” said Rystad analyst Ranjan Saxena.

Exxon Mobil has the most for sale as it plans to divest $15 billion of assets by 2021, according to the Houston Chronicle. Exxon Mobil recently sold its Norwegian North Sea assets for $4.5 billion, but also for sale include Exxon Mobil’s position in the UK North Sea for up to $2 billion, certain Gulf of Mexico assets, as well as additional assets in Australia, Malaysia, Vietnam, Nigeria and Azerbaijan.

Chevron aims to sell its stake in offshore Nigerian fields for close to $2 billion.

Apart from its northwestern New Mexico position, BP also is interested in selling assets in the United Kingdom and Kazakhstan, while Royal Dutch Shell aims to sell its positions in Egypt and Indonesia.

The French energy major Total wants to sell acreage in the Netherlands and Nigeria. Total is buying the Africa assets of Houston’s Occidental Petroleum – acquired from Oxy buying Anadarko Petroleum – for $8.8 billion, including a crown jewel liquefied natural gas project in Mozambique, so Total is looking to unload some other assets.