Pentagon might have solution to toxic chemical pollution at military bases

No slowing down of Houston firm’s exploration in the STACK 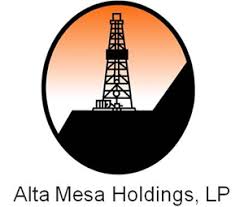 The three-well single pad we reported earlier this week to be completed in Oklahoma’s STACK by Houston’s Oklahoma Energy Acquisitions LP was actually four wells at the same site.

The company initially filed three completion reports showing production of more than 700 barrels of oil a day at 13 17N 5W in Kingfisher County which put the pad about 5 miles west of Crescent. However, a fourth completion report of another Fazio 1705 well was filed two days later.

Like the three previous reports, it showed the well was drilled last fall with completion made in November 2018. It had production of 225 barrels of oil a day along with 524 Mcf of natural gas.

The new combined production is 941 barrels of oil a day.

Oklahoma Energy Acquisitions LP is a subsidiary of Alta Mesa Holdings and it continues to be active in the STACK. The firm also filed completion reports on six wells in Kingfisher County include a three-well pad at 6 17N 6W or about 2 miles east of the town of Dover. Combined production was 535 barrels of oil a day.

In Hughes County in the southeast part of the state, Tulsa-based Calyx Energy III LLC reported completion of three gas wells. The three were drilled on a single pad at 16 9N 13E or about 4 miles east of the community of Dustin. Production included 818 Mcf, 669 Mcf and 358 Mcf and all three wells had depths of slightly more than 16,000 feet.