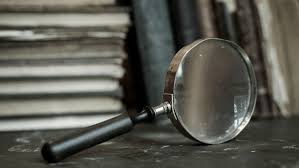 A major newspaper in North Dakota argues the state should be more thorough in its review of proposed wind farm projects across the state.

The commentary from the Bismarck Tribune comes as the state also deals with the impact of wind towers on military installations in North Dakota—much like Oklahoma’s situation where wind towers interfered with flight training at Air Force Bases. It resulted in legislation which requires the approval of the FAA and the Pentagon before more wind farms can be located near the military installations.

Click here to read the commentary of the Bismarck Tribune.