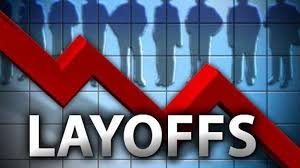 In making the announcement, the company described the company’s employment reduction as a “13% reduction in headcount.”

“Gulfport’s Board and management team are committed to taking timely and decisive action to build long-term sustainable value for all shareholders,” said David M. Wood, President and Chief Executive Officer.  “To that end, following discussions with our large shareholders and other stakeholders, we decided that accretive repurchases of our unsecured notes at discount represent an attractive allocation of our capital in the current market environment.   We have also been taking a hard look at how to be more efficient across all areas of our business and as part of this effort recently reduced our staffing levels.” 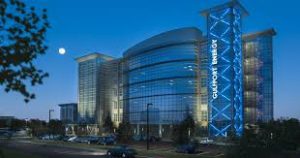 “In an effort to improve profitability and better align the Company’s cost structure with the current depressed commodity price environment, Gulfport also recently completed a workforce reduction representing approximately 13% of its headcount.  The Company continues to look for opportunities to improve its efficiency across the organization going forward,” stated the company in its announcement.

The company also confirmed that two board members, Craig Groeschel and Scott E. Streller plan to step down at the end of the year.

The Company also announced that two of its Board members, Craig Groeschel and Scott E. Streller, will step down from the Board by year-end.  Furthermore, the Chairman of the Board, David L. Houston, has decided not to seek re-election at the Company’s next 2020 annual meeting. The Company has been working with a leading nationally recognized search firm to identify and evaluate new independent director candidates in an effort to ensure that shareholders are represented by fresh, diverse voices with strong expertise and qualifications.

The Company plans to  continue to pursue discounted repurchases of its unsecured senior notes, which allow the Company to reduce its overall debt burden, improve cash flow through reduced interest expense and capture discounts that result in value accretion to shareholders.

Commenting on the changes to the Gulfport Board, Mr. Wood stated: “On behalf of the Board, I would like to thank our Chairman, David L. Houston, Craig Groeschel and Scott E. Streller for their many contributions.  The Company has benefitted greatly from their stewardship and collegiality, and each has been instrumental in helping the Company build an enviable portfolio of assets, maintain a solid balance sheet, and establish a path towards future value creation.  In particular, I’d like to thank David for his dedicated service as Chairman, and I look forward to continuing to work with him in the coming months.”

David L. Houston, Chairman of the Board, stated: “It has been a great privilege to serve Gulfport and its shareholders.  I also want to join David Wood in acknowledging Craig and Scott for their service to Gulfport, including their important role in assembling our talented, new management team and helping to lay the foundation for the future.”