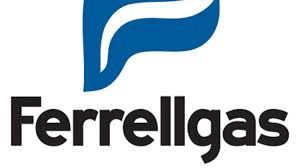 Dealing with more than $2 billion debt, Kansas City-based Ferrellgas now faces a move in federal court by the trustee for the company’s employee stock ownership plan to replace the entire board of directors. The company is considered one of the largest propane marketers in the nation.

Reports say GreatBanc Trust Co. of Illinois made the request n a countersuit saying the board should be replaced “before it’s too late.” The countersuit was against Ferrell Cos. Inc. which owns the general partner that manages publicly-traded Ferrellgas Partners LP and owns 23.4 percent of Ferrellgas Partners.

The countersuit was also filed after Ferrell Cos. gave notice in early October to replace GreatBanc as trustee for the employees Stock Ownership Plan and followed up with a lawsuit weeks later against GreatBanc.

The countersuit by GreatBanc focuses on worries that Ferrell Cos. board actions resulted in a debt crisis where stock prices plummeted from $28 a share in November 2014 to 60 cents by late last month. GreatBanc contends the board ignored and refused to consider recapitalization offers as the stock continued to slide, causing employees to lose their retirement savings.

In November 2018, the countersuit states, members of Ferrell’s senior management contacted GreatBanc to express concerns about the company board, “believing it was pushing Ferrell toward bankruptcy and playing a ‘dangerous game’ with the company’s bondholders by failing to take steps to revive share value.” After voicing these concerns to GreatBanc, the countersuit claims, Ferrell fired the executives according to a report by the Kansas City Business Journal.

The filing does not identify the executives who contacted GreatBanc. However, Ferrellgas disclosed in November 2018 the departure of CFO Doran Schwartz and COO Trent Hampton.

Great Banc said that it continually asked Ferrell Cos. about its plans to save the company but that the board never shared any information. Instead, the board attempted several moves to eliminate GreatBanc’s power to vote its shares independently and to require it to vote as directed by Ferrell Cos.

Overland Park-based Ferrellgas Partners claims to be the nation’s second-largest retail marketer of propane. The company ranked No. 11 on the Kansas City Business Journal’s most-recent list of the area’s largest public companies. The company reported having 370 area employees.