OKC to get ‘private jet on wheels’ bus service in January 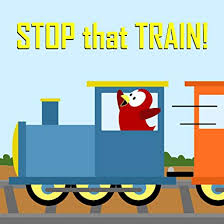 Oklahoma City U.S. District Judge Charles B. Goodwin granted the injunction at the end of October after BNSF filed suit in August challenging the new law. The suit was against the Oklahoma Corporation Commission and the cities of Edmond and Davis.

Under the law, cities can issue citations to the railway for trains that block intersections for more than 10 minutes. BNSF filed suit after citations were issued twice in July by police in Edmond and once in August by officers in the city of Davis.

The railway argues the Surface Transportation Board of the U.S. oversees the railroad and not the state.

“This Court has federal subject matter jurisdiction over this action pursuant to 28 U.S.C. §1331 because the Oklahoma Blocked Crossing Statute is preempted under the Interstate Commerce Commission Termination Act, the Federal Railroad Safety Act  and the Supremacy Clause of the United States Constitution,” stated the rail road in its lawsuit.

The suit also argued “Every court in the United States that has applied the ICCTA preemption analysis to blocked crossing laws has ultimately found that such laws are preempted.”