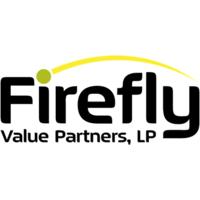 For the second time in a year, investment fund Firefly Value Partners has gone public with its criticism of Oklahoma City’s Gulfport Energy and asked for a seat on its board of directors.

In a public letter, Firefly was critical of Gulfport’s “half-measures” to improve financial performance. The public letter came only a few days after Gulfport announced a 13 percent reduction in its workforce and an end to a share buyback program.

By Thursday, the New York-based hedge fund fired off a letter to the board in which it blamed the current directors for the company’s failures and said these people could not be entrusted to “clean up the mess they have made,” according to a report by Reuters.

“That is why we are asking that the board immediately fill one of the new director vacancies with a Firefly principal as a shareholder representative,” the letter said.

Gulfport had said on Monday that Chairman David Houston would not stand for reelection next year, while two other directors – Craig Groeschel and Scott Streller – would step down from Gulfport’s board by the end of this year.

Responding to Firefly’s letter, a Gulfport spokesperson said its announced changes reflected the collective input from a number of large stakeholders in the business.

“While we disagree with Firefly’s demands for additional share repurchases at this time, we have repeatedly invited them to provide criteria and/or resumes for qualified new director candidates, which they have declined to do.”

The standoff between Gulfport and Firefly has been dragging on for nearly a year, ever since the two sides started private negotiations late last year.

In January, Firefly went public with its criticism of Gulfport and argued for a change in some members of the board of directors.

“The current Board does not seem up to the task of fixing the Company’s capital allocation strategy and regaining investors’ trust. Certain of the Company’s directors appear to lack the relevant experience needed to navigate Gulfport’s business and the expectations of its investors. Other directors have served for so long that their willingness to drive change at Gulfport may be compromised,” wrote the investment company.

Firefly pointed out that Gulfport directors, as of January 2019 owned just $2.4 million of stock which represented 0.16% of the company.

“Thus far, our efforts to engage privately with the Board have left us questioning whether the Board’s composition must change before Gulfport will take actions necessary to maximize stockholder value. We believe that adding meaningful stockholder representation would greatly enhance the Board’s perspective.”