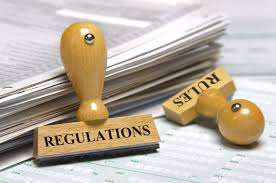 The Senator agreed with the EPA that the action improves the existing rule to remove “burdensome, costly and unnecessary amendments” while maintaining protections  and ensuring first responders have access to all of the necessary safety information.

The original rule, a duplicative Obama-era midnight regulation, would have jeopardized safety at chemical facilities. Since it was issued, Inhofe has pushed to have the duplicative regulation revised.

With this action, under President Trump, EPA has finalized 48 deregulatory actions, which the agency estimates has saved Americans more than $5 billion in regulatory costs.

“I fought the original RMP rule because it would have put our chemical facilities, surrounding communities and national security at risk, while doing nothing to improve safety. The updated RMP rule released by the EPA today is yet another example of all the Trump administration is doing to cut burdensome red tape while maintaining existing safety regulations,” Inhofe said. “With today’s action, the administration has saved over $5 billion in regulatory costs—an outstanding, but not surprising number. I applaud Administrator Wheeler and President Trump for working with us to revise the harmful rule and I look forward to cutting more unnecessary regulations.”