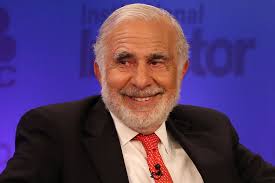 Investor Carl Icahn says he might not be finished selling his shares in Occidental Petroleum after stating it is “extremely dangerous” to own shares in the company.

Icahn, who engineered a 2018 take-over of the SandRidge Energy Board in Oklahoma City says he’s not comfortable with the pile of debt amassed by Occidental Petroleum. Most of it was accumulated when Occidental acquired rival Anadarko Petroleum in a $58 billion deal that included debt.

CNN Business reported that last week, Icahn disclosed he has sold a third of his stake in Occidental because of worries about the company’s balance sheet. The billionaire is now signaling he might not be done selling.

“If I don’t think I can win a proxy fight and replace the board, I might sell more,” Icahn told CNN Business during a phone interview.
Click here to view CNN Business story.