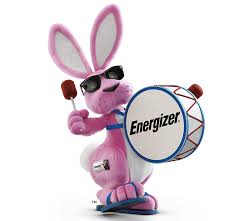 The latest example were completion reports filed by the company on three wells in Kingfisher County and another three in adjacent Major County. Two wells were on a pad about 7 miles east of Kingfisher at 24 16N 6W. The Lil Sebastian 1606 wells had production of 220 and 336 barrels of oil a day.

A third well was drilled at a site about 4 miles east of Dover. But it proved to actually be the fourth well drilled on a pad at 16 17N 6W.   Completion reports on three other Tullamore 1706  wells were filed earlier in the week. The fourth well resulted in the oil production of all four wells to be a combined 812 barrels a day.

Oklahoma Energy Acquisitions also reported three completed wells in Major County with production of 120, 145 and 164 barrels of oil a day. The wells were drilled at sites 4 miles south of Ames, 3 miles southwest of Ames and 5 miles north of Ames.

The Houston company reported earlier in the week the drilling of several other wells in Kingfisher county including a four-well pad with production of 941 barrels of oil a day.