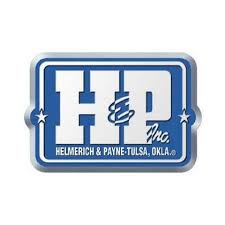 The Tulsa-based company said the net income per diluted share for the fourth fiscal quarter and the net loss for third fiscal quarter include $(0.01) and $(1.82), respectively, of after-tax losses comprised of select items.

For the fiscal year 2019, the Company reported a net loss of $34 million or $(0.34) per diluted share from operating revenues of $2.8 billion. The net loss per diluted share includes $(2.09) of after-tax losses comprised of select items, the most significant of which are non-cash losses of $224 million related to impairments of drilling equipment and spares driven by the downsizing of the Flex4 rig fleet. Net cash provided by operating activities was $856 million in fiscal 2019 compared to $558 million in fiscal 2018. 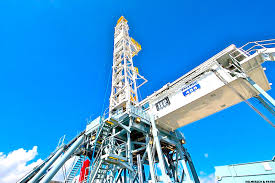 President and CEO John Lindsay commented, “The Company continued to perform efficiently despite a sizable pull-back in industry activity. The steep decline this past quarter is a result of the over-spend of E&P capital budgets that occurred during the first six months of the calendar year.”

He said the company expects to see more stability in rig demand over the next few months and heading into calendar 2020.

“In addition to capital spending discipline, customers are becoming more selective in the quality and capability of the rigs they employ, as the decline in legacy rigs drilling horizontal wells is more pronounced compared to the decline felt in the super-spec space,” he added.

Lindsay said the traction experienced in the prior quarter with regard to the company’s international markets continues. The Company signed letters of intent to deploy a third FlexRig in Bahrain, two FlexRigs in Abu Dhabi, a high horsepower AC drive rig in Colombia, and our FlexApps to a customer in Argentina.

“The elections are over in Argentina, but their impact is still very uncertain. While we did not experience any meaningful operational disruptions this last quarter, we did have a customer delay a commitment to move a second super-spec FlexRig from the U.S,” he said.

Vice President and CFO Mark Smith also commented, “The Company executed well during a volatile quarter and finished the fiscal year generating approximately $196 million in cash flow from operations and roughly $142 million in free cash flow. Looking out into fiscal 2020, we expect customers to remain disciplined with their spending behavior and have based our initial capex budget on those expectations. Accordingly, we anticipate our fiscal 2020 capex to range between $275 and $300 million, which should result in another year of healthy free cash flow generation.”