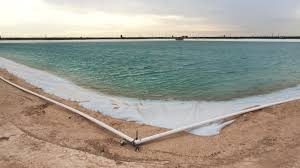 An environmental group predicts a water shortage will develop in the Permian Basin with continued exploration by oil and gas firms. The left-leaning Center for American Progress issued a report claiming that increased drilling will result in water shortages for cities and towns, ranchers and farmers, according to Reuters.

“Oil and gas leasing in water-stressed areas has been largely unscrutinized but poses threats to water users across the West,” report author Jenny Rowland Shea said.