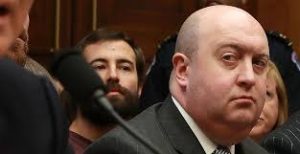 An Oklahoman who worked for U.S. Sen. Jim Inhofe before landing at the Environmental Protection Agency finds himself in the spotlight as he battles the EPA’s Inspector General.

POLITICO reported Ryan Jackson, a native Oklahoman who worked for Sen. Jim Inhofe (R-Okla.) for more than a decade and a half, has maintained a relatively low profile since becoming EPA’s chief of staff in the early days of the Trump administration. He weathered the headline-grabbing scandals that brought down former Administrator Scott Pruitt and helped transition Pruitt’s replacement, Andrew Wheeler, into the job.

Now Jackson finds himself facing off with EPA’s acting inspector general, who took the rare step last week of publicly accusing Jackson of stonewalling investigations into allegations made against him.

Jackson has not yet agreed to an interview with the inspector general’s office, which is investigating numerous allegations against the chief of staff, including that he attempted to pressure an independent scientist to change her testimony to Congress and that he oversaw destruction of documents related to probes of Pruitt’s travel and other matters.

EPA has defended Jackson and accused the inspector general’s office of overstepping its authority. The agency declined to make Jackson available for an interview.

The episode represents the latest run-in between the Trump administration’s political appointees and the inspectors general who are meant to serve as a check on waste, fraud and abuse. And it shows that the EPA is still dealing with the aftereffects of Pruitt’s tenure, nearly 18 months after he stepped down amid a series of investigations into his dealings with lobbyists and his personal use of agency resources.

It also illustrates that Jackson doesn’t necessarily care about being seen as playing nice with the IG’s office, said one former top EPA official who requested anonymity to speak candidly.

“He doesn’t worry about getting himself in the middle of a fight like this,” the former official said. “Other chiefs of staff would be mortified, terrified of this happening around and about them. He’s not as worried about that as other people.”

But Jackson’s alleged behavior has come as a surprise even to some Democrats who respected him when he worked for Inhofe.

Sen. Tom Udall (D-N.M.), whose staff worked closely with Jackson and other Inhofe staff on the 2016 overhaul of the Toxic Substances Control Act, said his staff “really enjoyed working” with Jackson but added it’s “very important” he cooperate in the IG investigation.

“The staff in that whole TSCA thing just worked really well together and he was one of the key players in that,” Udall told POLITICO. “I’m surprised that he’s not cooperating. He always seemed like a pretty straightforward guy.”

Jackson and Wheeler are among the approximately half a dozen former Inhofe aides — known loosely by some in Washington as the “Inhofe mafia” — that came to EPA during the Trump administration.

But as the inspector general’s inquiries into Pruitt piled up — first class flights, 24/7 bodyguards, big raises for his aides and allegations that Pruitt used his position to seek work for his wife — the tug of war between Jackson and EPA’s political leaders only intensified.

A former official in the inspector general’s office, who requested anonymity to discuss internal matters, told POLITICO that Jackson “views the political agenda as the primary guide” to running the agency, rather than “the law.”

“It was an ongoing issue with Jackson about whether he would deign to cooperate with the IG,” the former official said.

Jackson would get involved with any request regarding Pruitt made by the inspector general’s office to low-level bureaucrats who routinely handle such information sharing. “Jackson would interpose himself and tell those units, ‘Don’t give it to them.’ So we would have to fight that fight,” the former official said.

In one known example of that from fall 2017, Jackson delayed EPA’s finance office from handing over documents as part of an OIG audit into Pruitt’s travel back and forth to Oklahoma, as POLITICO reported last year. The matter was ultimately settled, but not before career officials had to set off alarm bells that Jackson and other political appointees were “close to impeding the audit.”

The latest flap with Jackson reached a new pinnacle last week, when acting Inspector General Charles Sheehan took the virtually unprecedented step of sending Wheeler a “seven-day letter” detailing Jackson’s refusal to cooperate with investigators. Federal law requires agency leaders to share such complaints with Congress, but sending a such a letter has been compared to the “nuclear” option of federal oversight.

In response, Jackson and EPA’s other political leaders adopted some of the lessons from the president’s own oftentimes successful playbook — in particular, pushing back aggressively and making no apologies.

Wheeler was legally required to inform Congress of the OIG’s complaint against Jackson, but EPA went much further in defending Jackson’s behavior. Wheeler issued his own criticisms of the OIG’s treatment of Jackson. EPA’s top attorney issued a memo questioning the legitimacy of the OIG probe and investigators’ authority.

Jackson always made himself available to the OIG in the many audits and investigations the watchdog carries out, said Mandy Gunasekara, a former political official in EPA’s air office who left EPA earlier this year to launch a pro-Trump advocacy group.

But he can’t dedicate too much time to dealing with the OIG, she said. “You have to pick and choose at some point throughout the day to make sure you don’t get caught up working on things that don’t divert away from achieving larger priorities and larger goals.”

Inhofe, who employed Jackson as one of his senior-most aides for nearly two decades, called Jackson “very reliable” and somebody who had “never done anything in terms of lying or bad behavior,” but added it would be “characteristic” for him to not speak with the inspector general if he didn’t know what information they’re seeking.

Sen. Tom Carper (D-Del.), ranking member of the Environment and Public Works Committee, said his staff did not want to be a mediator of the dispute but encouraged the inspector general’s office to ask questions “with enough specificity that whoever is being questioned knows what’s being asked and can be responsive” to those inquiries.

Those that have worked with Jackson previously said his lack of cooperation with the probe struck them as out of character.

“It’s certainly not how he operated on the Hill and I don’t imagine it’s how he would have operated in any other professional setting,” said a Senate Democratic aide who had previously worked with Jackson. “He finds workarounds to rules. He’s not somebody who just breaks rules.”

Jackson’s ties to Inhofe date back to 1994 when he took his first job in politics for the Oklahoma Republican’s successful bid for the U.S. Senate. After graduating from the University of Oklahoma in 1998 and law school in 2001, Jackson spent all but a couple of the following 16 years working in various senior roles for Inhofe.

Jackson has described his approach to governmental service as one rooted in avoiding drama.

“The vast majority of people I have had the opportunity to work with are not there to play gotcha or contribute to drama,” he told POLITICO in December 2018. “It takes patience and sometimes quite a bit of patience, but it is still true that despite some amount of drama which happens throughout the day there is more time where a lot of people still simply want to contribute based on what they believe is the right thing to do.”

During his time as Inhofe’s chief of staff, Jackson won bipartisan praise for his efforts to complete work on major transportation and water resources legislation, as well as a landmark chemical safety overhaul.

At the same time, he was present for Inhofe’s most notorious stunts questioning the scientific consensus on climate change: the Oklahoma Republican’s snowball on the Senate floor, pressing the so-called Climategate scandal and publication of Inhofe’s 2012 book on climate change, titled “The Greatest Hoax.”