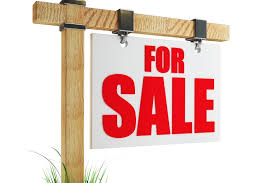 Houston’s Occidental Petroleum Corp has just put the “For Sale” sign on 200,000 acres of oil and gas properties in Wyoming and Colorado.  The holdings in the Denver-Julesburg Basin located in the two states were part of Occidental’s purchase of Anadarko Petroleum and now the company is trying to sell them, hoping to get up to $700 million.

The holdings produce $66 million a year in cash flow and most of it is from mineral royalties. Bids are due next month according to RBC Capital Markets which is handling the sale.

The drilling acreage offered is mostly in Wyoming and includes minerals, properties Occidental operates itself and some land that is leased to other producers. People familiar with the offer valued the properties at between $500 million and $700 million.

Occidental is the largest private landowner in Wyoming, said Pete Obermueller, president of the Petroleum Association of Wyoming. It has nearly 1 million acres in the state, where it is mainly focused on development in the Powder River Basin.

Occidental is also attempting to sell its campus in Midland, Texas, an asset that is valued at $45.7 million according to tax records. A spokeswoman for Occidental indicated the company plans to move the staff at Midland to new offices that Anadarko was building at the time of the sale.

The sales are an obvious effort by Occidental to slash its debt load of nearly $40 billion, much of it created in the purchase of Anadarko. The company has already sold properties and raised about $10 billion so far. Last week, Occidental said it planned to cut 2020 capital spending by nearly 20 percent and reduce efforts in the shale fields of Colorado and Texas.