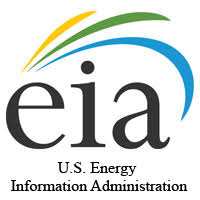 A federal agency tied to the U.S. Department of Energy and responsible for analyzing official energy statistics for the government is predicting 9il and natural gas production in South Texas will continue to decline, according to a report by the San Antonio Business Journal.

The U.S. Energy Information Administration predicts an average 14,000 barrel-per-day decline in the Eagle Ford Shale in December compared to November’s projected production. That would leave the shale producing an average of 1.36 million barrels per day next month, its lowest average daily production since May and a continuation of a downward trend that began in September, according to the EIA.

The EIA releases a drilling productivity report every month by using data from various outside sources to predict monthly production in seven U.S. oil fields.

Although per rig production from new oil and gas wells is expected to increase next month, the Eagle Ford is one of only two fields where overall production has been predicted to fall every month since April. The other region that’s been losing steam is the Anadarko Basin in Oklahoma and the Texas panhandle, according to the publication.

Though West Texas’ Permian Basin continues to make gains and the production in East Texas’ Haynesville Shale is projected to stay the same next month, 0ur neighbor to the south has seen a loss of more than 100 rigs since October 2018, according to the most recent weekly report from Baker Hughes.

U.S. oil has traded at a monthly average of $51 per barrel during the first 10 months of the year compared to $67 per barrel over the same period last year. The EIA predicts even lower prices in 2020 due rising global inventories.