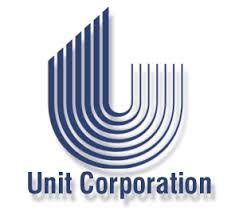 While Tulsa’s Unit Corporation’s BOSS drilling rigs are at 100 percent contracted, the company still reported a loss of nearly $207 million or $3.91 a diluted share in the third quarter of 2019.

Like other energy companies, the reason is the drop in commodity prices.

“The loss is primarily attributable to the deterioration in realized natural gas liquids prices and natural gas prices experienced during the quarter,” stated the company in its earnings report.

Unit saw a 28 percent increase in oil production from the second to the third quarter.The company stated that all of its BOSS drilling rigs are contracted and the 14th rig, as recently reported by OK Energy Today will begin working in the fourth quarter.

Larry Pinkston, CEO and President stated, “We substantially completed the construction of our 14th BOSS drilling rig during the later part of the quarter, and the rig is scheduled to start work late in the fourth quarter. Our BOSS drilling rigs continue to maintain 100% utilization. Term contracts (contracts with original terms ranging from six months to three years in length) are in place for 15 of our drilling rigs at the end of the quarter. Of the 15 contracts, three are up for renewal in the fourth quarter, eight in 2020, and four after 2020.”