Net income in 3Q dropped for Plains All American Pipeline

Putting the spin on trespassing laws 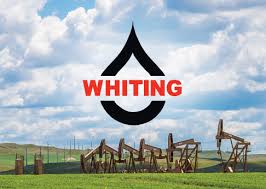 On a per share basis, the loss was 21 cents according to the earnings report released this week.  The adjusted net income lost more than $35 million compared to the nearly $85 million made in the third quarter 2018.

The company plans to cut capital expenditures $134 million to $154 million, explaining a large number of its wells put on production during the fourth quarter was incurred in the third quarter. The move comes as the company continues reorganization and cost-cutting moves.

Bradley J. Holly, Whiting’s Chairman, President and CEO commented, “As part of our value-based strategy – and following significant organizational changes – we are a more focused company committed to operational efficiency and disciplined capital allocation to improve returns for investors.”

He said the company still is on track to achieve full-year 2019 production targets while reducing lease operating expenses.

“In addition, we are tightening the range for our full-year capital expenditure guidance to recognize the benefits of more efficient execution of our capital plan. This reflects enhanced drilling and completion efficiency in the field driven by new technologies and design optimization.”

During the third quarter, heavy rain and flooding across Whiting’s properties resulted in road closures and restricted activity. Whiting’s field operations took preemptive steps to prepare well sites, allowing for uninterrupted operations at some locations and expedited recovery at others, which resulted in the Company achieving its quarterly production goal. Consistent with its plan, Whiting put on production 39 wells during the third quarter and remains on track to put on production 31 wells in the fourth quarter.