Governor’s Water conference to be held next week 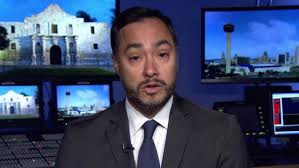 He’s asking the House Oversight Committee to look into whether Perry helped two oilmen from Texas to win potentially lucrative drilling leases in Ukraine, according to POLITICO’s Morning Energy Report.

A company run by Michael Bleyzer and Alex Cranberg, two men who backed Perry’s political campaigns, won the leases after Perry submitted Bleyzer’s name to Ukraine President Volodymyr Zelensky as a possible adviser on the country’s energy matters, the Associated Press reported. “It looks too much like a pay-to-play scheme,” Castro told reporters on a Friday call. “Secretary Perry deserves due process, everything would have to be proven and so forth, but the appearance is a pay-to-play scheme.”

Castro said Perry’s behavior “mirrors closely” his actions as Texas governor and normally the Justice Department would investigate, though he conceded it was unlikely to do so under the Trump administration. “It seems to be a consistent pattern of cronyism that can rise to the level of illegality and it would be regretful if, at the very least, there isn’t an investigation of that act,” Castro said.

Testify? Castro called Perry, one of the so-called three amigos on Ukrainian policy, a “significant player” in the impeachment inquiry and encouraged him to testify. “They were following the president and Rudy Giuliani’s directives to get the Ukrainian government to investigate the Bidens or announce an investigation of the Bidens,” Castro said. “Rick Perry and others apparently were on that mission to help the president accomplish it. …He obviously had a significant role and it would be helpful to hear from him.” But he indicated Democrats would not await court orders compelling their testimony.

PERRY SAYS: Perry, who will depart the administration on Dec. 1, has repeatedly denied wrongdoing or that he ever heard the words Biden or Burisma as part of his Ukrainian activities — something he reiterated in an interview with Fox News. “Not once, not once was the name Burisma [or] the Bidens mentioned to me,” Perry said . “Not by the president, not by Rudy Giuliani and not by Gordon Sondland. And if there’s anyone saying anything different, then they’re surmising. And that’s not a wise thing to do.”

“I know what I saw, I know what I heard, and I stand by my statements that I made all along and will continue to,” he added. Perry touted how Trump directed him to push U.S. liquefied natural gas abroad, and also signaled he was unimpressed with the current 2020 Democratic field — “I hear too many people talking about, ‘If you vote for me, here’s what I’ll give you: free, free, free, free. … There are no free lunches. Stuff costs,” he said.