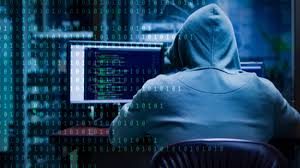 The organizer of a computer attack on the Oklahoma City business Astronomics that resulted in the shutdown of its website lost his appeal of being ordered to repay more than $27,000 to the business.

David Goodyear appealed his 2018 conviction in Oklahoma City federal court of causing intentional damage to a protected computer. But the 10th Circuit Court of Appeals upheld the conviction and the $27,352.51 he was ordered to pay to Astronomics and its owner.

The case stemmed from Astronomics banning Goodyear from its CloudyNights.com  website which is a free internet forum for amateur astronomy enthusiasts. Astronomics sells telescopes and other astronomy equipment primarily online.

Between the summer of 2011 and August 2016, Goodyear used eleven different usernames on CloudyNights with each eventually banned for violating terms of service on the website. After being banned again in August 2016, Goodyear registered under the username HawaiiAPUser and went online threatening to bring Astronomics and CloudyNights websites down with “denial of service attacks.” He also went onto a “hack forum” and asked others to take down CloudyNights.

Within hours, CloudyNights was unresponsive and Astronomics started experiencing outages. The sites wee flooded with “tens of millions of bogus requests” which caused both to crash. It led to a federal investigation and eventual charges against Goodyear.

The Appeals Court returned a decision this week on his appeal.

“We do not find any clear error with respect to the factual findings underlying the restitution award. Therefore, the district court did not abuse its discretion in awarding restitution in the amount of $27,352.51.”