Chesapeake go bust? It’s being discussed as a possibility 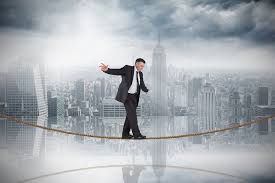 When times were good for Chesapeake Energy Corp. in Oklahoma City, they rolled.  A growing campus and much more to go with the success.

But it was as though Charles Dickens was reporting on the energy company.

But the success has wavered and now there is growing discussion that the company could fail and that CEO Doug Lawler’s attempts over the past six years to rescue the company from billions in debt—could be close to failure.

The talk of possible failure grew intense this week after Chesapeake released its third quarter 2019 earnings report showing a bigger than expected loss and a market value of only $2.6 billion compared to its value of $37.5 billion ten years ago. And when the company stated it it may not be viable as a “going concern” if low oil and natural gas prices persist, stock prices tumbled an hour later.

Chesapeake warned in its quarterly filing that if oil and gas prices remain low, it might not comply with its leverage ratio covenant next year “which raises substantial doubt about our ability to continue as a going concern.”

It has the attention of not only Wall Street investors, but business publications such as Bloomberg News.