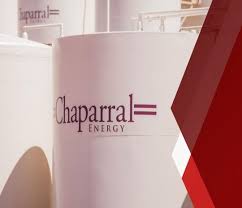 Oklahoma City’s Chaparral Energy, Inc. reported a net loss of $131 million in the third quarter, forcing the company to reduce its rig operations from three to two for the remainder of 2019. But 2020 operations might be carried out with only one rig.

The net loss totaled $130.9 million or $2.86 a share while adjusted net income was $1.2 million or 3 cents a share. Its operations generated adjusted EBITDA of $35.8 million which was a four percent increase compared to a year earlier. The increase came even as the company reported oil and natural gas liquids realizations dropped 19 percent and 52 percent in the past year.

Chaparral leadership indicated by by using a one to two rig program in 2020, the company will significantly reduce capital spending year over year while growing production and allowing the firm to become cash flow neutral.

Chaparral pointed to a reduction in full-year 2019 capex guidance from $275 to $300 million down to $260 to $280 million. The firm also said it managed to reduce $18.1 million debt “through the ale of the corporate headquarters facilities and elimination of CO2 compressor leases.

It was the first public comment by the company about the sale of the headquarters which OK Energy Today reported in September. The company is looking for ways to cut costs and improve finances. It has cut general and administrative spending by nearly 25 percent and found ways to reduce the average well cost by 15 to 20 percent compared to 2018.

“We continue to demonstrate the considerable value of our differentiated operational execution and strong year-to-date performance and are proud to deliver operational results within or above our guidances ranges yet again” said Chief Executive Officer Earl Reynolds.

Chaparral reported 13 wells online in the third quarter compared to 28 in the second quarter.Nine of the 13 were in Kingfisher County and four in Canadian County. Compared to a year ago, the company’s STACK production was up 37 percent while total company production grew 27 percent. Its 2020 efforts will be in the two counties.

The company’s earnings reported indicated it plans to carry out a spacing test program in Canadian County with the drilling of the six-well Greenback project in the fourth quarter.