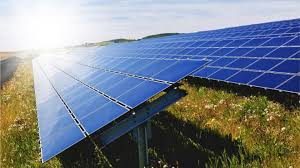 A 40-acre solar farm will be created in an agreement reached recently between the Norman Board of Education and the Oklahoma Electric Cooperative.

The farm will create the 2 MW ground solar array to provide electricity to Norman Public schools.

Per the agreement, the array will contain 7,208 panels — eight times the size of the nearby OEC-operated I-35 Solar Garden. The energy produced is equivalent to 30% of the District’s total annual energy use or enough energy to power both high schools in the city.

No word was announced when construction will begin and when the solar-powered farm will produce electricity for the school district.

In 2018, Norman became the first Oklahoma city to commit to 100% clean, renewable energy. The city is aiming to have all its power sourced from renewable sources, like solar, storage, and wind, by 2035.

OEC CEO Patrick Grace stated that the utility is also pursuing funds to build a science and learning center so that the site can serve as a showcase for solar power and education. The project is the first of its kind in Oklahoma and is a collaboration between the Ready for 100 Solar Schools Team, OEC, and NPS.

“Schools are large energy users — and they’re also important pillars of our community. This project will benefit everyone involved, provide clean renewable energy to the surrounding community, and model to students what a sustainable and equitable world can look like. This is an exciting step that will help the City fulfill its 100% renewable energy goal, and the Solar Schools Team looks forward to continuing to work on site-based solar projects across the District.”