Where some of the VW settlement money has gone in Oklahoma 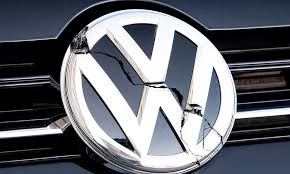 More than a year after Oklahoma received nearly $21 million in its share of the Volkswagen settlement, dozens of schools have seen direct aid as a result.

The funds are to be used to reduce nitrogen oxide emissions from the state’s transportation sector.  DEQ, through the Volkswagen Environmental Mitigation Trust Agreement has developed new programs to promote healthier air quality across Oklahoma.

The Oklahoma Department of Environmental Quality was put in charge of the $20,922,485 settlement and has spent some of the money in three areas: Alternative Fuel School Bus Program; ChargeOK: Oklahoma Electric Vehicle Charging Grant Program and the Oklahoma Clean Diesel Program.

Another $3.1 million was budgeted for the expansion of EV charging stations across the state. The application period for grants ended March 1, 2019 but according to the DEQ website, the ChargeOK committee won’t announce all of the projects until the selection is finalized.