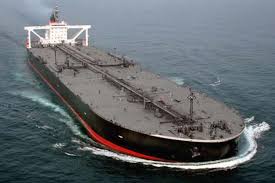 The government says the U.S. is sending crude oil to more countries and nations around the globe than it is importing from.

The announcement came this week from the U.S. Energy Information Administration. In the first seven months of 2019, the U.S. imported crude oil from 27 nations in a given month. Ten years earlier, the total was 37. But at the same time, the U.S. sent crude oil to 31 nations.

What’s it mean?  That the U.S. has become a crude export powerhouse according to one news agency. It also means there U.S. dependency on crude imports continues to fall while domestic production rises. In short, a lot of the oil produced in Oklahoma, Texas, New Mexico, North Dakota and other states is heading somewhere overseas.

The EIA stated that U.S. crude oil exports averaged 2.9 million barrels a day in the first half of 2019.