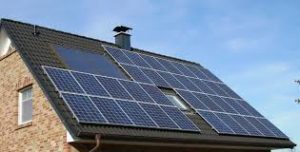 Jerry Privett explained the behavior-based model utilized by Norman Public Schools. Privett estimated that a cost savings of nearly $300,000 has been achieved since 2011 simply by powering off devices that are not in use and utilizing energy efficient light bulbs. Privett indicated that the district was able to reinvest more than $2.8 million back into the district since adopting the energy policy.

Jason Midkiff, former superintendent of Purcell Public Schools, detailed efforts for installation of solar panels on its new middle school. In doing so, the district is positioned to invest more money back into the classrooms.