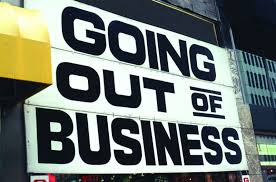 A longtime manufacturing company in Pottawatomie County will cease operations according to a report by KOCO TV News.

Shawnee Tubing Industries, which has gone through layoffs and has faced competition, will close its doors for good Wednesday. The company was a pillar in the community for more than 50 years.

“A very difficult and painful decision was made to close the facility,” company attorney Edward Maguire said. “There are a few shipping and receiving people that will stick around until after Nov. 1, and then after that, the doors will be completely closed.”

According to Maguire, the copper tubing manufacturer’s market has declined in recent years because of overseas competition and the drop in copper prices. In September, Shawnee Tubing lost nine of its 11 corporate customers.

“Nine out of 11 customers no longer buying product, no longer making purchase orders. There is no more business,” Maguire said.

This time last year, the company reported 175 employees. After rounds of layoffs, the remaining 43 employees will be done Wednesday.

Maguire said some of the employees who were laid off have been working for the company for more than two decades.

“They’re great employees that need to be placed as soon as possible, and I can’t emphasize that enough,” he said.