New Mexico to study frack water for outside use 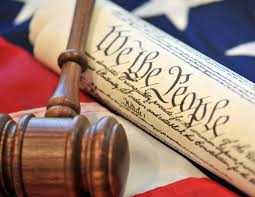 Pipeline cases involving the Appalachian Trail, the quick take of property by developers, state land takings and the use of eminent domain for export markets could become hot topics of discussion before the nine justices.

Filed by Dominion Energy Inc. and other Atlantic Coast developers, this case challenges a 4th Circuit Court of Appeals decision that the Forest Service cannot authorize a path for the pipeline below the Appalachian Trail. This case has limited impact but is expected to gain traction since Solicitor General Noel Francisco has urged the justices to hear the dispute. Naturally, environmental groups do not want the case before the court. A decision to hear this case should be made after the first week of arguments by the court.

This case challenges developers’ ability to immediately “quick take” private property before providing payment while constructing the 300-mile Mountain Valley pipeline, which extends through West Virginia and part of Virginia. This case differs from eminent domain since it challenges when pipeline developers can take and build on the property. The Supreme Court previously declined to review this issue. In addition, it could potentially overturn a 4th Circuit decision rendered in 2004 which allowed developers to begin construction on private property before paying landowners. A decision to hear this case should be made after the first week of arguments by the court.

In Re: PennEast Pipeline Company, LLC

The energy industry is closely monitoring whether a September 10, 2019 decision by the 3rd Circuit Court of Appeals on condemning state-owned lands for pipeline development will be appealed to the higher court.

The 3rd Circuit recently ruled that the developer of the 120-mile PennEast pipeline through Pennsylvania and New Jersey could not use condemnation orders to build significant portions of the line through land owned by the Garden State, according to a news report published by E&E News.

The case deals with issues involving sovereign immunity under the 11th Amendment to the U.S. Constitution and could have implications for the expansion of pipeline projects in states that oppose energy development.

The Supreme Court could also hear the appeal on this case regarding eminent domain in pipelines that supply export markets. Recently, the U.S. Court of Appeals for the District of Columbia Circuit highlighted the issue in a decision to build the Nexus natural gas pipeline through Ohio and Michigan. Opposition leaders argued that FERC improperly issued a certificate for the project based on commitments made by Canadian shippers while raising questions of whether it’s possible to justify a project designed to supply energy to citizens of foreign countries who serve the public. FERC must review its approval for the pipeline project, a process that will likely take months.

The Supreme Court term runs from October to June.