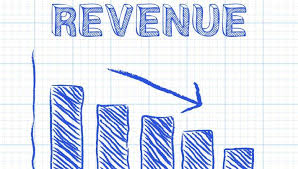 Quarterly distributions were announced by two of the SandRidge Mississippian Trusts which received proceeds from the sale of oil and gas royalties covering the Mississippian formation in northern Oklahoma and southern Kansas. Both face apparent delisting on the New York Stock Exchange.

The SandRidge Mississippian trust I, covering properties in Alfalfa, Garfield, Grant and Woods counties in Oklahoma reported a distribution of nearly $400,000 or $0..0136 per unit. The distribution will happened on or before Nov. 22, 2019 to holders of record as of the close of business on Nov. 8, 2019.

The SandRidge Mississippian I distribution “decreased significantly compared to the three-month period ended May 31, 2019” according to the announcement which said “combined sales volumes were lower than the previous period.”

“As no additional development wells will be drilled, the Trust’s production is expected to decline each quarter during the remainder of its life.”

The Trust faces possible desliting from the New York Stock Exchange which notified management in May that its average closing price fell below $1 over a 30 consecutive trading-day period. If the Trust does not regain compliance by Nov. 16, the Exchange will “commence suspension and delisting procedures.”

The Trust indicated it expects to fully be delisted from the Exchange.

Its quarterly distribution totaled $0.6 million or $0.013 per unit which was also considered to be a significant decrease from the prior quarter. No additional wells will be drilled in its holdings either.