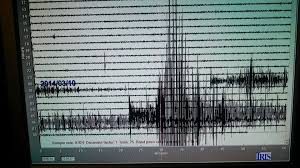 No damage has been reported after an  earthquake struck near Quinton, Oklahoma, a small town south of McAlester in the southeast part of the state.

The quake, according to the U.S. Geological Survey struck around 11:09 a.m. on Monday and initially was measured at 3.3 magnitude. But the USGS lowered the estimated magnitude to 3.1 a few hours later. The epicenter was pinpointed to be about 1 mile north of Quinton at a depth of about 3 miles.

Quinton was the site of a gas rig explosion and fire in 2018 that killed five workers.