Rig counts drop again in Oklahoma and across the US 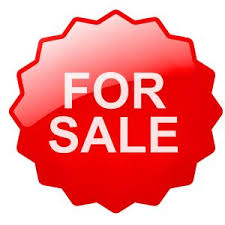 Brookfield Asset Management Inc. is considering selling its stake in Wind Energy Transmission Texas, which could fetch $400 million to $500 million, according to people familiar with the matter.

The Toronto-based alternative asset manager is working with financial advisers to seek buyers for its 50% stake in the company, said the people, who asked to not be identified because the matter isn’t public.

No deal has been reached and Brookfield may choose to hold onto the stake, they said.

WETT, based in Austin, Texas, has 375 miles of transmission lines and six switching stations, according to its website.

The sale would be the latest in a flurry of infrastructure deals for Brookfield. Its affiliate, Brookfield Infrastructure Partners, said in August it had four ongoing sales processes as part of its asset recycling program. In February, it sold its stake in a Chilean toll road business.

It said at the time it intended to use proceeds from the sales to invest in new businesses, including U.S. railroad Genesee & Wyoming Inc., which it agreed to buy for $6.3 billion in July in partnership with GIC Pte Ltd., the Singapore sovereign wealth fund.