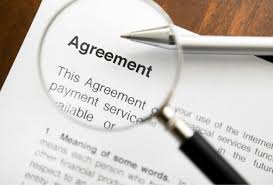 Oklahoma legislators adopted a ‘self-audit’ environmental policy this year by energy companies and now North Dakota has done the same.

The state Department of Environmental Quality signed a memorandum with the U.S. Environmental Protection Agency on Monday that delegates EPA’s authority to the state, allowing companies to complete “self-audits” and disclose of certain violations they discover in exchange for immunity from fines. Companies might otherwise face penalties when state employees identify violations during routine inspections.

The agreement follows a state law passed in 2017 that gives companies the option to conduct self-audits and report problems they find to the state.

EPA Regional Administrator Gregory Sopkin said in a statement that the agreement provides assurance to companies that when completing self-audits, they will deal with state regulators “without micromanaging from EPA.”

Glatt said the types of violations companies could report range from forgetting to submit paperwork to failing to secure a necessary permit for a facility to having minor air emission leaks. He expects the state may learn about violations this way that it wouldn’t otherwise know about.

Facilities would not get a pass on more serious pollution problems, Glatt said.

“If it created a public health hazard or environmental hazard that exceeded standards, that would be beyond the self-audit,” he said.

North Dakota Attorney General Wayne Stenehjem addressed the matter in a letter he sent to the EPA in February. In it, he wrote that the law “does not restrict North Dakota’s ability to obtain injunctive relief” and it “does not grant immunity for criminal penalties.”