Oklahoma regulators sign off on rate agreement with Empire District 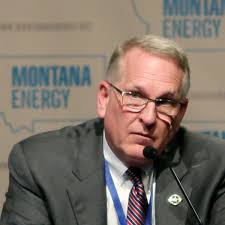 The Attorney General in Montana has asked a federal court to allow him to enter the lawsuit that was filed to stop the Keystone XL pipeline. He wants to stop the suit.

Tim Fox wants to enter the suit in support of the line. Fox, a candidate for the Republican nomination for governor issued a statement saying the pipeline “will bring jobs and economic development to Montana.”

“The obstructionist litigation against it has dragged on for far too long,” he said. “It’s time to settle the matter and begin construction.”

The pipeline will be located in Montana, South Dakota and Nebraska and start in Alberta, Canada.

But conservation groups filed suit in July after the Army Corps of Engineers approved a permit for the pipeline. The suit was filed by Northern Plains Resource Council, Bold Alliance, Natural Resources Defense Council, Sierra Club, Center for Biological Diversity and Friends of the Earth.

The groups claim streams and wetlands will be harmed by the line and that “no federal agency has yet completed the requisite analysis” of the 1,200-mile pipeline and infrastructure.

The attorney general’s move to fight the lawsuit drew praise from supporters of the pipeline.

“The Montana Petroleum Association’s members applaud Attorney General Tim Fox’s intervention in the litigation filed by Northern Plains Resource Council and other environmental groups to yet again delay construction of the Keystone XL Pipeline,” said Alan Olson, that association’s executive director. “This lawsuit will not only affect Keystone, but potentially any infrastructure project that crosses water, enabling endless litigation by these extreme organizations on each individual permit.”

“The Keystone XL Pipeline will bring thousands of good-paying jobs to Montana and millions of dollars in tax revenue to our state and local governments,” said Phillips County Commissioner Richard Dunbar, who also serves as president of the Montana Association of Oil, Gas, and Coal Counties.

If constructed, the line would join existing lines in Nebraska and eventually hook up to the Keystone pipeline constructed several years ago in Oklahoma and Texas.