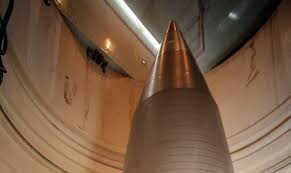 Months after Oklahoma settled issues with wind farm developers to prevent construction too close to military installations, now the military wants five other states to adopt similar rules. But this time, the rules would prevent wind turbines close to nuclear missile arsenals.

The Associated Press reported the military wants to prevent conflicts between the wind turbines and helicopters that provide security at launch facilities. Department of Defense and Air Force officials met this week with North Dakota lawmakers and regulatory leaders to lay out their concerns.

“Wind turbine development near launch facilities and missile alert facilities compromise the use of military helicopters to provide overhead security in sensitive locations,” said the military in a letter to North Dakota leaders. 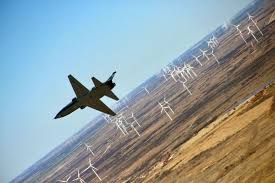 The Defense Department last month asked the North Dakota Public Service Commission to consider new rules, including increasing the distance tenfold to more than 2 miles between a wind turbine and missile launch facility. The military also wants special lighting added to wind towers that is compatible with night vision goggles worn by the helicopter pilots who patrol the 8,500-square-mile missile field in northern North Dakota.

The Minot Air Force Base in North Dakota is the only U.S. base capable of nuclear strikes by both plane and missile. Minot has one of the nation’s two B-52 bomber bases and oversees 150 of the Air Force’s 450 Minuteman 3 nuclear missiles.

The commission, which approves siting permits for wind farms, has not acted on the requests. The Defense Department says there are concerns in Montana, Wyoming, Colorado and Nebraska as well. A spokesman for the DoD said requests would also be made of those states.

“We in the wind industry would prefer not to see state legislation,” Vinson said. “The federal review process is already robust.”

Vinson said “one-size-fits-all” state rules would be overly restrictive and could halt projects.

“There may be ways to mitigate concerns that would allow a project to move forward,” he said.

Wind farm construction prompted the Air Force in Oklahoma to request new regulations so the wind turbines would not interfere in flight training from air bases including those in Enid and Altus. Air Force officials in Wichita Falls, site of the Sheppard Air Force Base made similar requests.
Under an agreement, the Federal Aviation Administration is also involved in approval of the wind farms close to military installations.