Cooler weather to settle into Oklahoma 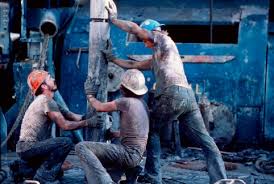 Oil and gas drilling companies in the Permian Basin say they’re facing a shortage of workers and they blame in part, the immigration rules that prevent them from hiring some Hispanic workers.

Reuters reported “Employers——–in the Permian Basin oilfields of New Mexico and Texas say they feel caught between Trump’s support for their industry and his policies focused on tougher immigration enforcement.”