Oklahoma regulators sign off on rate agreement with Empire District

Halliburton cuts 650 jobs in the Rockies 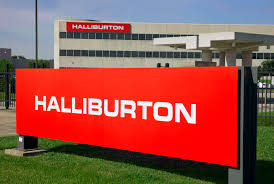 Halliburton Co. is reducing its workforce in the Rockies as the biggest oilfield service contractor to announce job cuts grapples with a protracted spending slump in the shale patch.

The cuts affect 650 workers across Colorado, Wyoming, New Mexico and North Dakota, Emily Mir, a spokeswoman, said Wednesday in a prepared statement. Most were offered the option to relocate to other areas where greater oilfield work is expected, she said.

The moves come three months after the Houston-based oilfield contractor announced it was trimming 8% of its North American headcount and parking unused frack gear.

Oilfield servicers have been among the worst-hit companies amid a slowdown in the once red-hot U.S. shale patch. Their exploration customers are dialing back spending as low crude prices dent profits and investors urge financial discipline. Bankruptcies in the industry are surging and on track to eclipse last year’s casualties, according to law firm Haynes and Boone LLP.

The number of U.S. crews that frack wells, the final step before oil production, has dropped 17% this year, according to Primary Vision Inc. Halliburton is set to report financial results from the third quarter on Oct. 21.