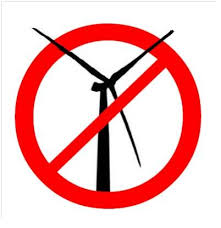 One county in Iowa has taken steps to approve a moratorium on any new wind farms while another county is considering the same action.

Here is how the newspaper reported the story:

Madison County supervisors voted 2-1 to approve their moratorium, which also applies to new solar energy installations. It is slated to run through October 2020 but could end earlier with the passage of a new ordinance, the supervisors said.

They said they’ll use the time to develop a new ordinance to guide renewable energy construction. Dissenting Supervisor Phil Clifton didn’t disagree with the need for a moratorium, but said he didn’t think it would take a year to draw up the new ordinance.

The moratorium would not affect a 52-turbine wind farm MidAmerican Energy has under development in the county, and the utility said it has no plans to legally challenge the moratorium.

The project has already received county approval, but it’s been tied up in a citizens’ lawsuit that is currently under appeal.

Complaining of headaches, nausea and interrupted sleep in connection with the turbines’ noise and spinning blades, Madison County residents have been battling over wind energy development, especially after the county’s board of health passed a resolution in August calling for wind turbines to sit at least a mile and a half away from homes.

The proposed setback requirement is five times larger than MidAmerican has proposed for its most recent wind farm project.

The health board said greater distance from turbines is needed, given “the potential for negative health effects associated with commercial wind turbines.”

The Iowa Environmental Council sponsored a study looking at research into the health effects of wind turbines and found that the sound may be annoying, but no adverse health effects have been established.

Opponents said not enough research has been conducted into turbines’ health effects.

A MidAmerican spokesman said the setback requirement “would completely wipe out any future wind development in Iowa” if other Iowa counties were to adopt a similar requirement.

Madison County’s supervisors have taken no action on the health board’s recommendation.

When asked if it would support legislative efforts for statewide requirement on wind development, MidAmerican said Tuesday it isn’t seeking legislation.

But the utility added: “If someone introduces legislation, we would evaluate it to determine whether it benefits renewable development and our customers.”

He said the board last week proposed limiting the number of turbines built in the county to 550. The board is weighing modifying an ordinance the county passed a year ago that makes new turbine construction more difficult, with a 2,000-foot setback from neighboring homes.

One draft of last year’s ordinance had a cap on the number of turbines, but it was withdrawn, Wedemeyer said. Still, he said, “We don’t want to see windmills built between windmills.”

MidAmerican Energy, which is behind the county’s turbine farms, says it isn’t planning to do that, he said. “But two-thirds of the county is under easement,” and could be used for wind development. “There are people are out there that would love another” turbine.

“We need the revenue and what it will do for the county, but we appreciate the concerns of residents too,” Wedemeyer said.

While it doesn’t plan to challenge the moratorium, “We will provide input to the county, when appropriate, as it drafts any renewable energy ordinance,” the company said in a written statement. “Our goal is to ensure that the ordinance is reasonable and workable.”