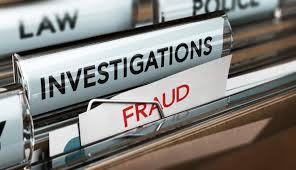 The federal government began a fraud investigation into coal company Blackjewel LLC prior to the company’s sale last week of two Wyoming coal mines, according to court documents.

Blackjewel owes the federal government about $50 million, court documents said. After failing to obtain funding from a key creditor, the insolvent company shut down its mining operations, including the Eagle Butte and Belle Ayr mines in Wyoming employing about 600 workers.

The court filing explained the government has been investigating Blackjewel’s potential violations of the False Claims Act, which holds corporations liable for defrauding the government.

The government asked a West Virginia federal bankruptcy court to delay discharging Blackjewel of its debts, which would allow the investigation to continue.

A federal judge approved the sale of the Wyoming facilities to Eagle Specialty Materials without Blackjewel’s debt obligations.

The ongoing investigation will not affect the purchase of the mines, but the federal government will likely not be able to recover the money owed to it, said Joshua Macey, a Cornell University law professor.

“I don’t really see repayment happening, but (the federal government) is leaving its options open,” Macey said. “If Blackjewel goes away, the government will not be able to recover money from Blackjewel and will have to try to get paid from (purchasers or creditors). This is very hard to do.”