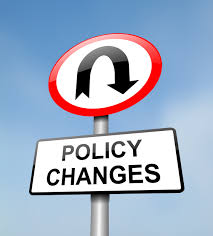 Small petroleum refineries in 2020 will get partial exemptions from biofuel blending requirements rather than approval or denial of full exemptions according to an announcement made this week by the EPA.

It is a reversal of the agency’s approach and is a move that will maintain minimum volumes of biofuel to be blended into the nation’s fuel supply. It will also allow some refineries to bypass the blending requirements because of economic hardship.

“The proposed adjustments would help ensure that the industry blends the final volumes of renewable fuel into the nation’s fuel supply and that, in practice, the required volumes are not effectively reduced by future hardship exemptions for small refineries,” EPA said in a news release.

“It falls short of delivering on President Trump’s pledge to restore integrity to the renewable fuel standard and leaves farmers, ethanol producers and consumers with more questions than answers. It is baffling to us that the proposal sets the three-year average of exempted volume using the very same DOE recommendations that EPA blatantly ignored over and over,” added Cooper.

The Iowa Renewable Fuels Association said the proposal backs away from the core of what ethanol supporters thought was coming in a new policy.

“Instead of standing by President Trump’s transparent and accountable deal, EPA is proposing to use heretofore secret DOE recommendations that EPA doesn’t have to follow. That means there is no guarantee that RFS exemptions will be accounted for in the RFS,” the Iowa group said.

But at least one petroleum organization started running TV ads critical of the EPA reversal. The ads, which ran during the broadcast of a Democratic presidential debate were aired by the American Fuel and Petrochemical Manufacturers Association.

The petroleum industry maintains the EPA overstepped its authority in reversing the exemptions.

The proposal doesn’t change the biofuel volumes proposed for next year and 2021, which haven’t been finalized, EPA said.