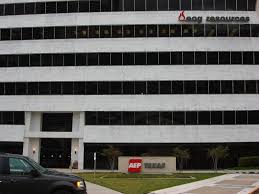 Oklahoma City’s EOG Resources LLC, an energy firm with operations extending to China reported success right in its back yard, bringing in a two-well pad with production of more than 1,800 barrels of oil a day.

The Nighthawk 0718 wells, located at 7 9N 4W or about 7 miles west of Newcastle in McClain County had April 2019 spud dates. Drilling ended in May on one of the wells and in June on the other. Completions on both were made in July 2019.

The largest producer had crude production of 1,001 barrels a day along with 1,104 Mcf of natural gas according to its completion report. Its depth was 19,812 feet.

In an unusual completion report, Houston’s Riviera Operating LLC reported on a Collins 10-3-9-5 1xh well that was drilled in 2017 at 14 9N 5W or about 3 miles northeast of the community of Bridge Creek. The well had production of 1,043 barrels of oil a day and 1,360 Mcf of natural gas.

Depth was 20,012 in the Mississippi Lime according to its completion report.