Continental Resources might sell more of its water business 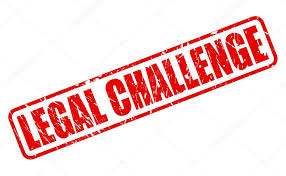 Environmental groups filed a lawsuit this week in a federal court opposing a Bureau of Land Management plan for oil and gas leasing on about a million acres of public lands in western Colorado.

The Center for Biological Diversity, Wilderness Society and Wilderness Workshop say BLM’s 2015 resource management plan for surface lands and mineral estates did not adequately consider indirect, cumulative or downstream climate change impacts of the leases as required under the National Environmental Policy Act. The groups also say the agency did not do enough to consider a range of alternatives to leasing.

The groups noted that the leases would include the area staked out for BLM’s proposed new headquarters in Grand Junction, Colo.

“It’s clear that the federal government is violating the law across the board when it comes to authorizing millions of acres of oil and gas without taking a required hard look at the impacts to the climate,” said Diana Dascalu-Joffe, senior attorney at the Center for Biological Diversity’s public lands program.

This latest legal challenge is part of a series of lawsuits targeting the federal government’s climate analysis in plans for oil and gas development, including a recently filed case against another BLM resource management plan in Utah (Energywire, Sept. 13).

Dascalu-Joffe said this challenge in the U.S. District Court for the District of Colorado follows a separate case contesting BLM’s consideration of climate in a neighboring resource management plan. Other petitioners in the litigation won that case last year.

The latest challenge marks the second time the Center for Biological Diversity has sued over development of the same tract of public land. In April 2018, the group sued BLM over oil and gas lease approvals covering 45,000 acres, a case also tied to BLM’s use of its 2015 resource management plan. That litigation is still ongoing in the Colorado district court.

“We believe the cumulative wins on this issue should signal to the administration that a programmatic approach is probably the best approach,” Dascalu-Joffe said.

Interior did not immediately respond to a request for comment on the case.