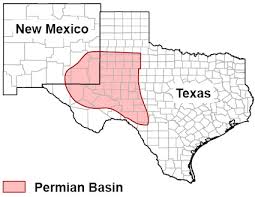 One national environmental group plans to conduct a yearlong study of methane emissions in the Permian Basin in Texas and New Mexico.

The group is the Environmental Defense Fund says its goal is to obtain a definitive picture of the air impacts caused by drilling in the 86,000-square-mile Permian Basin. The data will be made publicly available and will complement other research, including satellite-based efforts by NASA.

“Part of the goal here is to have this information out there for industry to actually react to and mitigate emissions,” said Colin Leyden, senior manager for state regulatory affairs at EDF.

The organization is working with Pennsylvania State University, the University of Wyoming and the private firm Scientific Aviation to install fixed monitors and collect air samples from airplanes and vehicles. EDF and other environmental groups also have been working with the oil industry to lower methane emissions as a way to combat climate change.

Methane, the main ingredient in natural gas, traps more heat than carbon dioxide when it’s released to the atmosphere.

The Permian Basin, which covers parts of Texas and New Mexico, is one of the oldest oil fields in the country. Its production was declining until about 10 years ago, when oil producers began using hydraulic fracturing, or fracking, to wrest oil out of layers of rock that are thousands of feet below the previously discovered deposits.

Since then, the basin’s production has grown to more than 4 million barrels a day, according to the U.S. Energy Information Administration.

But the field produces large amounts of natural gas along with oil, and some of the gas has escaped to the atmosphere through leaks, malfunctions and other sources. Operators routinely flare off large amounts of gas because they lack the pipelines to ship it to market.

Field measurements with the new project are scheduled to begin in November. and the first results should be available in early 2020, the group said in a news release.